The Time is near.  The earth has almost finished another rotation around the sun and on 31 May 2015, I hope to stand, once again, on the start line of Comrades Ultra Marathon in Durban, South-Africa.

It will also soon be almost a year since my father passed away.  It seems like yesterday.  I came home after finishing Comrades 2014 on June 3rd and 4 days later on June 7th he left for his final journey.  I still mourn for him just as I did on that day.  The pain in my heart and mind is as intense if not more.  Whoever said that time heals all wounds did not clarify what he meant by “Time”.

Sometimes a few seconds can seem like eternity and sometimes an eternity gets compressed within a fraction of a second.

People say that when a loved one passes away we must cherish their memory and all the good times you had with them and all the great things they did and enjoyed in life.  I agree with this..in theory.

But I am nowhere close to celebrating my Dads life.  I am stuck in a time warp dealing with the last year of his life when he was in bed with multiple tubes keeping him alive and unable to speak or eat.  It is a vision which haunts me every day when I wake-up and at night when I lie awake in bed and often times during the day.  Time, they say, will help deal with the pain but Time is a malleable concept.

I started preparing for Comrades 2015 quite early this time around.  Comrades Marathon alternates between an Up-run and a Down Run and this year it is an Up run.  We run from Durban to PMB.  I find the Up-run excruciatingly hard. It is 87km of pure excruciating pain.

I know this because I have twice failed to finish it.  In 2011, I suffered from food poisoning the day before the race and had no chance of finishing it after spending most of the Sunday morning hours puking my guts out in the hotel room.  I managed to reach 60km before laying down on the road.

In 2013, I thought I had trained much harder and was hoping to finish in around 11:45 but that year we were blessed with one of the hottest days in Comrades history and the heat, wind, and dust took a toll on me. I was at 82km with 20 minutes to go for the 12:00 hour cut-off and I was physically and mentally decimated.  I knew that there was no way I could run 5km in 20 mins to get to the finish line.  Once again, I lay down on the road.

The Up-run has traumatic memories for me.  Time hasn’t helped with these either.

I am in the best shape of my life this year.  I have trained far more rigorously and consistently for Comrades 2015 than for any other Comrades. Not only is the volume better but also and more importantly, the quality has been far better.

After my Dad passed away on June 7th 2014, I did not run for two months.  I just did not feel like running.

I started running again from the month of September 2014 and have since put in some decent mileage.

I qualified for Comrades with a 4:16:25 Mumbai Marathon in Jan 2015.  Now, at the beginning of May, I feel I am perhaps the strongest I’ve been.  This however means little on Comrades day unless you can convert everything into performance at the moment it really matters but I do feel that I am stronger now than I have ever been.

The thought which however comes to my mind is will I get stronger in the years to come or am I at my strongest?

In the days when my Dad lay sleeping and suffering in bed, I often wondered if he reminisced about his good life.  He had lived a wonderful life, full of great deeds and achievements.  He had received much public adulation and respect and glory during his lifetime.  I wondered if he was able to think back to his glory days and take solace in the thoughts that it was a life well lived and enjoyed.

Or was he, so wrapped up in the agony of the moment and at his quickly escaping strength that he was not able to look back at his good days.

I remember as a 5th grader that my Dad used to go play tennis at the Khar Gymkhana.  Then one day he strained his back and suffered from a slipped-disc.  From that day on he never exercised.  But he led an exceptionally active life, working exceptionally hard at his office and at his varied educational and social projects.

I saw my dad loose all his strength and I wonder what will happen to me.

Which will be the point when I stop becoming stronger and the decline starts? Will it be now or in the near future?

Only Time will tell.

And when the time comes, will I be able to look back with joy and happiness at this moment when I am about to embark on this magnificent 12-hour journey in the greatest foot race on this planet or will the end be so nasty or sudden that I have no time or ability to reflect on these the greatest and happiest moments of my life?

I don’t know. Only time can tell.

And although these thoughts ensnarl me right now, I know that when I stand on the start line of the 2015 Comrades Marathon, my heart and mind will only be filled with love and gratitude for this wonderful life that I have been blessed with.  I have everything one could wish for in life; a loving and healthy family.   I know that I’m the luckiest man on this planet.

And then who knows what will happen once the gun goes off at 5:30 am to mark the start of the 90th Comrades Ultra Marathon.

Only time will tell.

Find IT - with some help from a coach

FIND IT - with some help from a Coach!

Most of the time, I’m full of myself.  I am always convinced that I know everything about everything.  I just know that I am always right!

My misplaced confidence stems from the fact that I read a lot.  Having read something about an issue often leads me to believe that I know everything about it.

Take running for example. For the last 9 years I had believed that I don’t really need personal advice from any coach.  I had so many books and they were full of information and training programs. And so I figured that there was no need to have a living breathing person, give me any advice.

Finally a year ago I saw the error of my ways. Meeting and taking personal advice from a coach changed everything for me.  I’ve since become a stronger runner because of the advice I received.

I used to hold the same mistaken notion about my exercise sessions in the gym.  I have Arnold Schwarzenegger’s book, “The Encyclopaedia of Modern Bodybuilding.”  After reading this massive volume, I figured I don’t really need a living-breathing human being helping me in the gym. I was so totally wrong!

We will never find what we are looking for if we don’t know what to look for.  There is a picture in the book where Arnold sits on the Lateral Pull down machine and does his thing.  On my own, I never noticed the nuances of his stance as he sat on the machine, until my good friend Nisheel Poddar sorted me out.

As I said, sometimes we are blind to the obvious.  All we need is a little push in the right direction.

All of us need some wise master to get us started.  A coach is needed to answer a few evolving questions and to encourage us as we pursue our dreams.

Each person’s path to enlightenment is unique but those who have been on the same search can always teach us a little bit about the way.  Once we get started, perhaps we can wean away from the master and search for our own unique path.  But in the early days, it’s just easier to have someone show us the ropes.

Of course, one can argue that everything can be learnt without a master. Yes that is possible.  But why spend so much time and energy in reinventing the wheel?  So much time and energy might end up being spent in pushing the cart sideways.  Why not let someone show you just how to push in the right direction?

I remember all the questions I used to have in those early days of running:
1) Do I breathe from my nose or from my mouth?
2) Can I walk when tired?
3) What must I wear?
4) What must I eat?
5) What about shoes, black toe-nails, chafing?
6) How do I build endurance?
7) What about speed training & hill training?

After 9 years of running, I am still evolving. I have new questions to my old answers.

I keep on meeting new masters who guide me along.  I take advice from them and then I experiment for myself.  Let me tell you that all masters are not perfect and neither are all students. It is always a work-in-progress.  I have never found a perfect master. I have never been a perfect student.   I however continue to progress due to both the good advice and the bad.

Osho once explained the need for a little push in the right direction:

“A little boy worrying through his first day at school, raised his hand for permission to go to the wash-room, then returned to the class a few moments later to report that he could not find it.

Dispatched a second time with explicit directions, he could still could not find it.

So this time the teacher asked a slightly older boy to act as his guide.

Success crowned his efforts!
“We finally found it,” explained the older boy to the teacher. “He had his pants on backwards.”

I’m sure you will search for and find a coach who in turn will help you find whatever else you’re searching for. 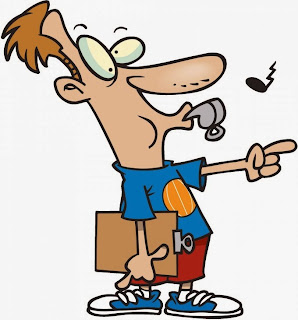