“I GO TO SEEK A GREAT PERHAPS”: Francois Rabelais

People often wonder why we need to run the Comrades Marathon again and again. I cannot explain the reason to them because there is no way to rationally convey my answer in words they would want meanings conveyed.  I would be equally flummoxed if I was asked why I enjoyed breathing.

To say that Comrades is a hard race is an understatement.  However sometimes, what is harder than the race is the long process which gets us ready to reach the start line. Normal everyday routine Life intervenes and the journey to the start line in Africa is never easy. I would argue that the journey is almost as tough as the journey from the start line to the finish.

So why are we so hell bent on making this yearly pilgrimage?


I sometimes think that Comrades runners are much like the Salmon. Just like the fish which need to return to the river of their birth after years at sea, we runners, having once tasted the waters on the road between Durban and PMB need to get back once a year to the start-line, no matter the difficulties that we face in the journey. The salmon swim determinedly upstream to their spawning grounds. Some have to jump over waterfalls, getting battered on the rocks in the process, and yet they keep trying again and again. It is a life force which the salmon would be hard pressed to explain.

I have been to the start-line 5 times and yet, as I sit here today, in my home in Mumbai, I am as eager to get there as I was in 2009.  I started planning my return to the start line 2014, even before I returned home from the 2013 run but juggling the events of Life is never easy.


I have spent the last 15 weeks training like a man possessed and yet with just 8 days to go before the race, I haven’t the slightest idea if I will be on the start line, let alone the finish.

For the last 11 years, my dad has been suffering from Cancer and fortunately for 10 of those years, he had the upper hand on the disease.  Unfortunately since the last 11 months the tables have turned.  My Dad is 86 years old and has had a wonderful life. It has been a life celebrated with work and full of accomplishments. It is a life which has been honored and respected by society at large.

But now he is not conscious.  I open his room door and see him asleep on his white hospital bed with white bed sheets. There seems to be a slight frown on his face.  He sleeps sitting propped-up and the bottom part of the bed is elevated so that his knees are a bit folded.  Behind him is a stand on which they would hang the feeding bag.  He seems to be sleeping, but to my mind, it seems that he is alone, drifting in a small battered boat helplessly in a stormy sea.  The stand behind his bed seems like a mast but the sail is missing. He is alone. He is in a place I do not know nor can I imagine.

And so I wonder about the future. I have done everything that can and could be done over the last 10 years to help cure the disease and then everything in the last 11 months to help reduce the discomfort.  Now he can nether see me or talk to me.

It has been exceedingly easy for me to give up on all the routine activities of my daily life over the last 11 months to be with and help my dad in whatever and whichever way I could. The one constant companion which has sustained and kept me focused on Life has been the idea of Comrades. Comrades is my happy thought. The idea of spending a few wonderful days in Africa, in the company of my extended family, gave me comfort in many stressful and sorrow-filled hours over the last 11 months.  But now suddenly the event which was in the distant future is only 8 days away and I must decide whether to board the plane on the night of the 28th. I don’t know what the future holds. I do not know if I should board that plane or if I will board that plane.  I don’t know what to plan. And then, I wonder if it is really something that I can plan.  Is it for me to decide? Is it something I have the power to decide?

Leo Tolstoy wrote a short story, “What Men Live By”.  In the story, Michael an angel is punished by God for disobeying his command and as punishment is sent on earth to find answers to 3 questions.  One of the questions was: “What is not given to man?”

Simon a kind and humble shoemaker finds Michael (the angel) alone and naked on the road and saves him.  He takes Michael home and teaches him the art of shoe-making.  Michael soon masters the art and becomes a famous shoemaker.

One day a customer, who is a nobleman, comes to their shop. The nobleman outlines strict conditions for the construction of a pair of thick leather boots which will not lose its shapes or become loose at the seams for a year or else he would have Simon arrested.

When Simon gives the leather that the nobleman had given them to use to Michael, Michael appears to stare beyond the nobleman's shoulder and smiles. It is as if Michael is smiling at someone standing behind the nobleman.

Later as Michael sews the leather to construct the boots, he does so in a fashion that makes them soft leather slippers rather than thick leather boots that the nobleman ordered.

Simon is too late when he notices this and cries to Michael asking why he would do such a foolish thing. Why make slippers when boots have been ordered?

Before Michael can answer, a messenger arrives at their door and gives the news that the nobleman has died and if they could change the order to slippers for him to wear on his death bed.

Simon is astounded by this and watches as Michael gives the messenger the pre-made leather slippers.

The nobleman wanted boots to last for a year when he himself was meant to die shortly.   By the end of the story, Michael leans the answers to all the 3 questions that God had asked him.

It is not given to man to know whether when evening comes, he will need boots for his body or slippers for his corpse.

I think I have no idea what the future holds.  I may plan whatever I want but in the end we cannot predict or plan for anything.

Where will I be come the 1st of June 2014? I haven’t the faintest idea.  Will I reach the start line, leave alone the finish?

But then, I am Comrades Runner and I survive on hope. Hope may come to fruition or it may come to naught.

I remind myself that I am a Comrades Runner.

Nothing will stop me from seeking a Great Perhaps. 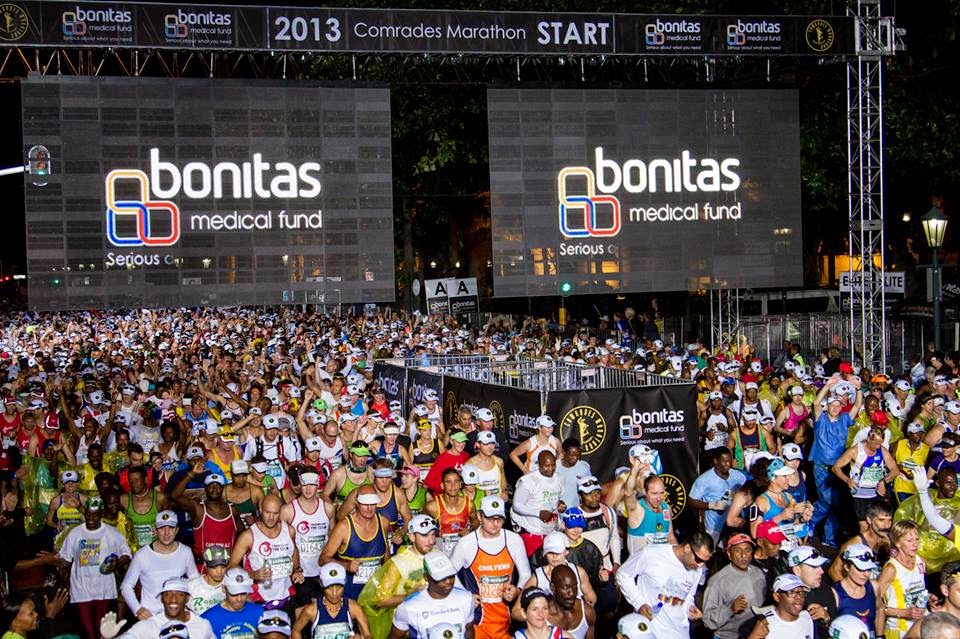